Irma Valinet Maidenberg (1915-2009) was the husband of Milt, Line of David. As her obituary and tributes (see above) show, she was beloved for her flair, her personality and her artistic talents. Although as she aged she became less rather than more religious, she had a traditional Jewish education in Indianapolis. Here is the program for her Confirmation Service, June 8, 1930. She spoke on the Baal Shem Tov. Her last name is spelled “Valinetz”. The family would eventually drop the “z” to make it simply “Valinet.”

The slideshow and narrative on the Photos page presents an arc of her life. It’s augmented here with the photo gallery and an article that appeared in the Marion Chronicle about her artwork [read]. She nicely describes how she created the plastic figurines which grace the homes of her children and grandchildren and many others.

She was still young at 54 when she wrote “My Will,” [read] with its mordant recommendation, “So don’t stop the world because I’m getting off.” She compared life to a merry-go-round. In later years, it would be a bowl of cherries. 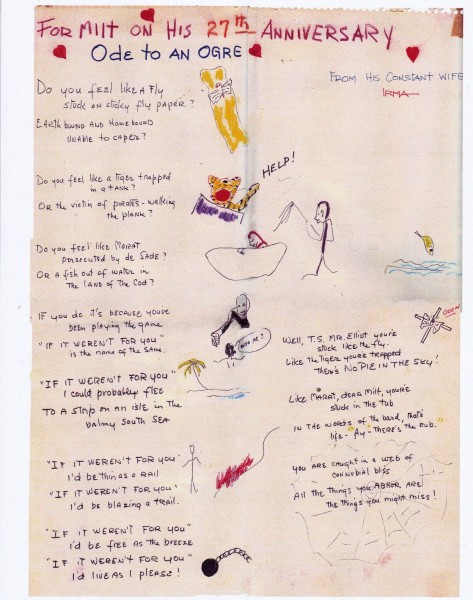 "Ode to an Ogre" is a gem of poetry and artistic doodling
The 27th anniversary would have been 1966. 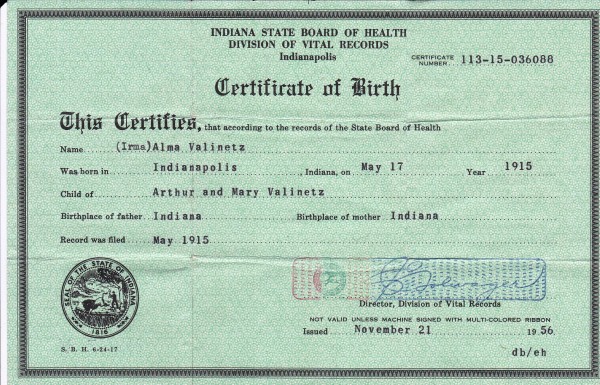 She was named "Alma" and also Irma.
The last name still spelled with a "z": Valinetz. 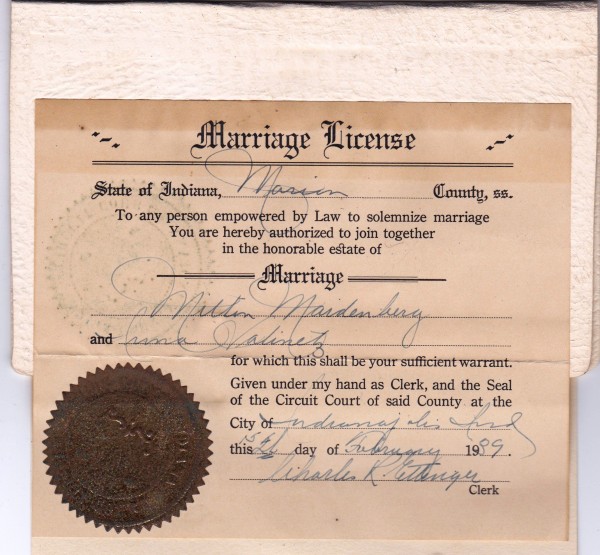 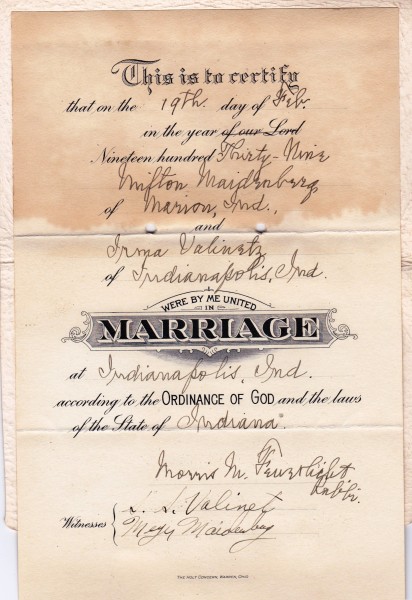 Wedding certificate, with witness names
For Milt, it was his brother Meyer. For Irma, it looks like her brother Stanley, who signs as "Valinet", without the "z". Irma is still Valinetz. 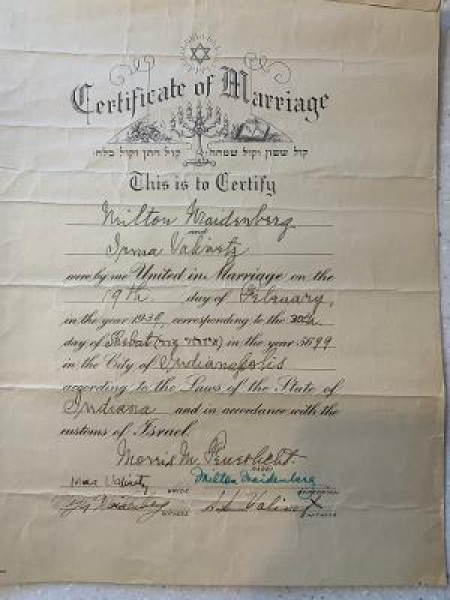 Irma and Milt marriage certificate. Brothers Stanley and Meyer are witnesses.
Her surname is still Valinetz. 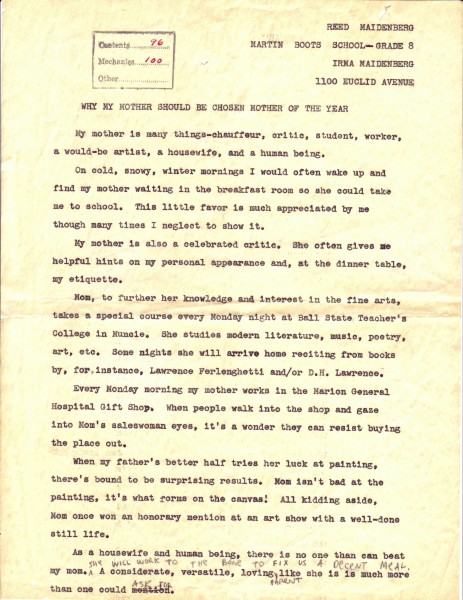 Reed's sweet 8th grade nomination of his mother to be Mother of the Year
The insights of this young man were considerable. Irma must have loved it, particularly Reed's mention of his mother as a "celebrated critic" (of him). 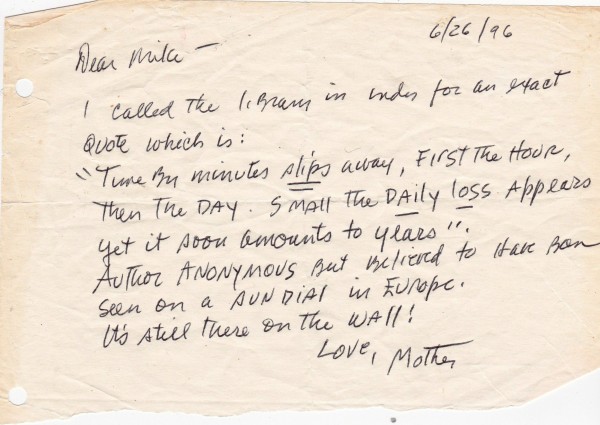 Irma tracked down one of Milt's favorite quotes
The note to Mike is dated just eight days after his death in 1996. 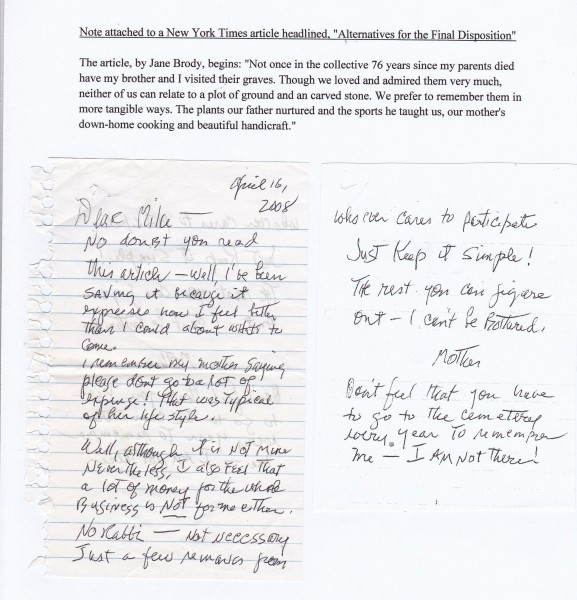 Irma's note on her "final disposition"
Her clear-eyed view of death is clear.

This quote was written in a clear, firm hand
It was on an envelope holding papers she wanted Mike and her family to have. "Do Not Stand at My Grave and Weep" was recited at her Memorial Celebration. 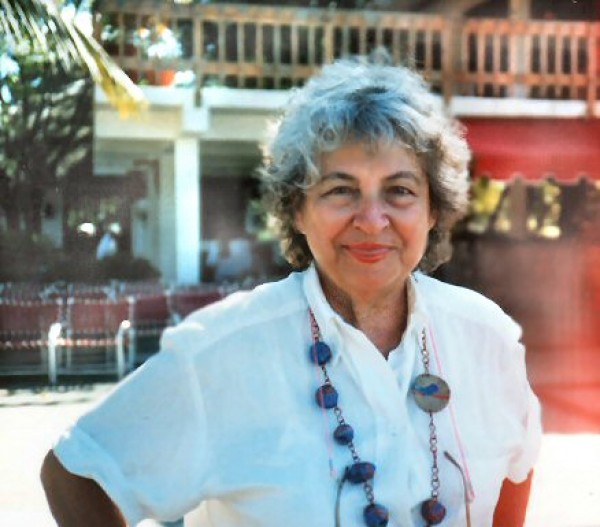 Relaxed, outdoors in the sun 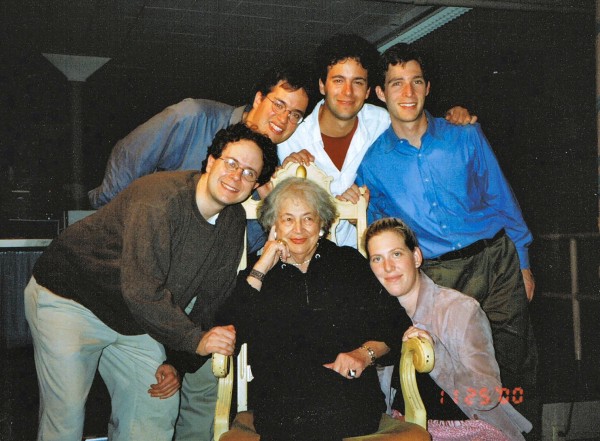 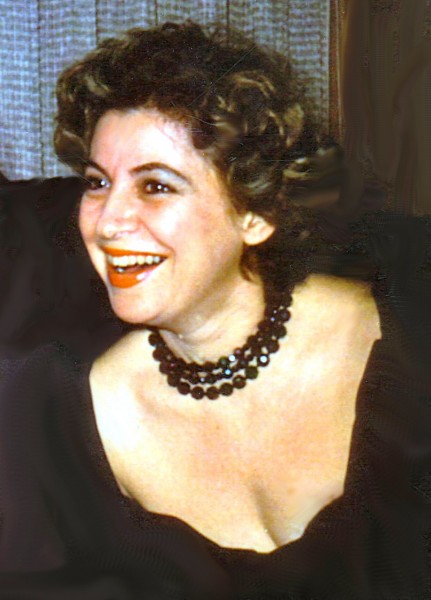 Reed calls this one "Irma snazzy" 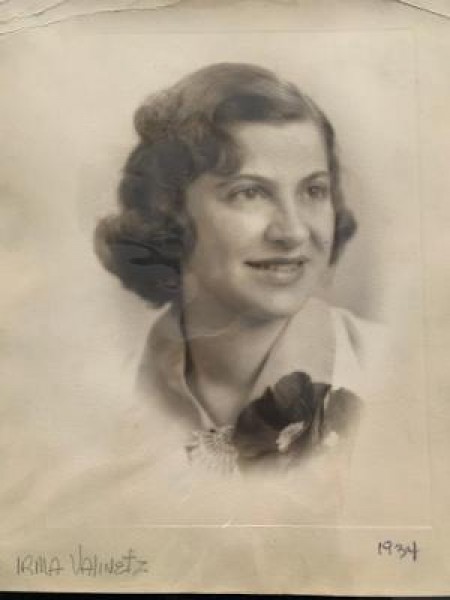 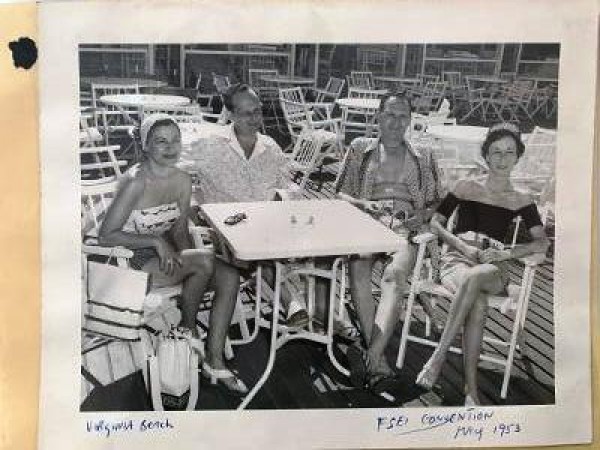 In the sun with Frank and Nan 1953, Food Service Equipment Institute (FSEI) convention 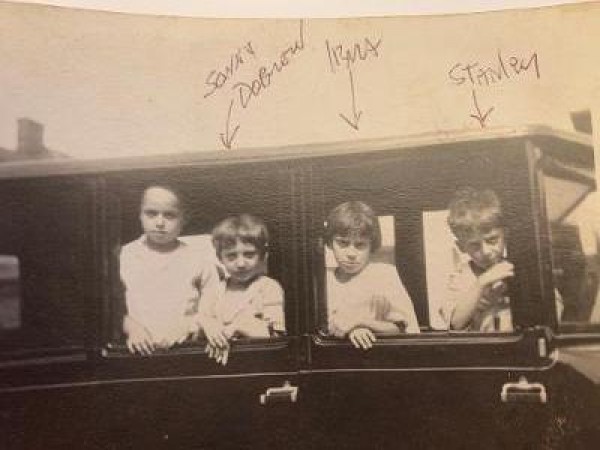 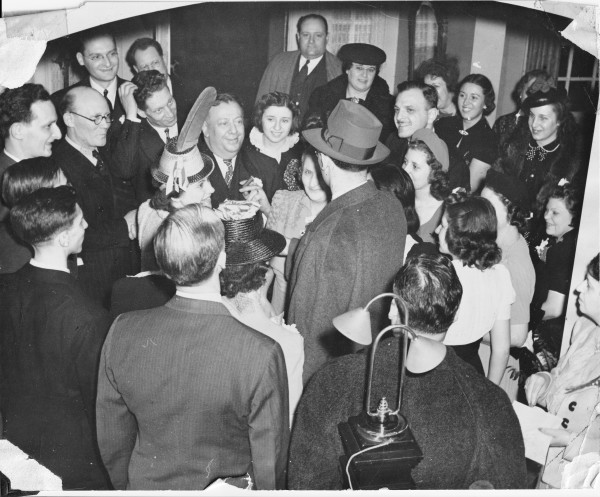 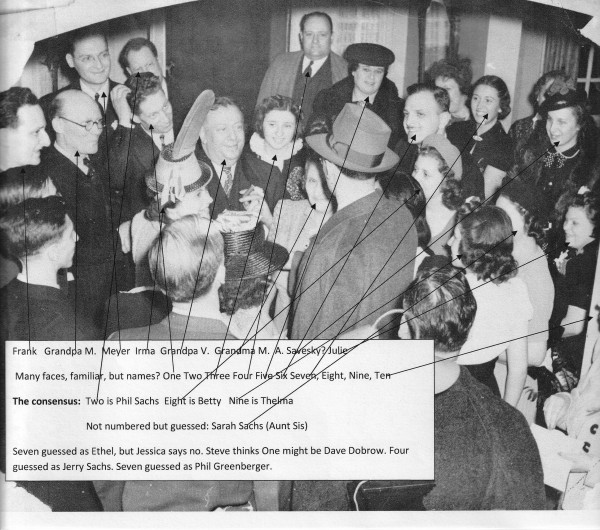 Sendoff with names known or guessed