We don’t have conclusive evidence of a relationship, although there are tempting connections in shared personal names such as Meir, Joseph, and Esther. These are relatively common Jewish personal names, so caution is warranted.

The Paris Maidenbergs trace their family to the shtetl of Yaltushkov in Ukraine, which is about 60 miles from Dzygivka.

Paul’s grandfather’s name was Meir, the same as Solomon’s father. Alas, it would become clear that this fact alone is not proof of kinship.

That the two families came to know of each other was more a matter of happenstance than a memory of either family. It happened like this:

Jill Maidenberg was in Paris in 1979 with Max and Anne Ganz, friends from Marion, and their granddaughter Wendy. In the hotel, Jill recalls, she did what so many other Maidenbergs would do when traveling:

“I looked up “Maidenberg” in the phone book and found ‘Maidenberg, R.'”

This turned out to be Rita Maidenberg, an movie actress whose stage name was Rita Maiden or sometimes Meiden.

Jill, then 22, used her college French as best she could. She connected with Rita and they met at the hotel.

“Rita’s a bombshell – like one of those women who blow a kiss to the camera in European movies. She spoke really rapid French. She also spoke Yiddish, so Max and she spoke Yiddish, and she and I spoke French.  I could   not comprehend a lot of what she said, but I do remember she said her family disappeared in ‘les transports.'”

They attempted to find a link, sketching roughly the respective family trees, but to no avail.

“She was very emotional. She sent me [her publicity] photos, or gave them to me. She called me a few times in the months after our visit. The last time was soon after Mom died. That may have freaked her out. I never heard from her again.””

Mike would later learn that Rita’s family came to Paris from Romania in 1939. He has not been able to get more detail about her life.

Fast-forward to the age of e-mail, the Internet, and Facebook. That there were Maidenbergs in Paris remained in the American family’s memory. In 1996, Mike somehow got in touch by e-mail with a Dr. Manuel Maidenberg of Paris. They exchanged information, but the connection petered out.

Then in 2008, an Eliott Maidenberg reached out to Reed via Facebook. Reed handed the genealogical work to Mike, who connected with Eliott and his father Michel (that is, the French Michael Maidenberg). Michel put Mike in touch with his father Paul, who had the most information and the strongest desire to explore deeper.

In 2012, Mike planned a trip to Paris to attend the International Association of Jewish Genealogical Societies conference. He intensified his contact with Paul, and arranged to meet him and the family in Paris. They would have Shabbat dinner on Friday, July 13, 2012, at the Maidenbergs’ spacious apartment near the Arc de Triomphe.

At the dinner was Paul, his wife Violette, and their three sons, Michel, Claude and Philippe. Eliott came as well. Also in attendance was Manuel, the pediatrician with whom Mike had been in touch in 1996, and his mother, Sasha. Manuel turned out to be a nephew of Paul (his father was Paul’s half-brother). Rita did not come, much to Mike’s disappointment.

Paul spoke decent English, as did Manuel and Eliott. Most of the genealogical exchange of information had already taken place in e-mails. Unfortunately, when more precise information was needed, it was difficult to obtain in conversation.

We showed each other photographs and went over family lore. There were no “Aha! I know that person” moments.

In several emails, Paul said his father Avram was one of eight siblings, seven boys and one girl. Avram came to Paris in 1918 or 1919, soon after the Bolshevik Revolution. He died in 1975 at the age of 81. Paul could name only six of the eight siblings: Samuel, Boris, Israel, Joseph, Esther and Avram. Despite Mike’s continual prodding, those were the only names he brought forward.

The snippets of information about his father’s siblings were intriguing. Esther lived in Odessa, was killed by the Nazis in Ukraine; Joseph went to Israel from Romania (as did Shimon Bar-Lev, stepson of Malkeh Maidenberg); Israel came to Paris from Romania in 1939, he was the father of Rita; Boris was a boat captain in Odessa; Samuel, the eldest, emigrated to America but died at the age of 40 from some accident.

The temptation in linking to the Paris Maidenbergs is that the two “missing” brothers that Paul never named were in fact Solomon Maidenberg and Joseph Meidenberg. But there are drawbacks. First, it would have two Josephs as brothers, impossible unless one underwent a name change during migration; second, there would be a 34 differential between Avram and his supposed brother Solomon—not impossible, but unlikely; and lastly, there is simply no family memory in either supposed branch of the other.

The dinner was a warm affair. Violette, who is from Turkey, made her sons’ favorite dish, borek, a layered pie with various stuffings. She said typically makes them every Shabbat. The family is always welcome to partake.

The meal was kosher, but Paul and Violette said they only keep kosher at home.

The men put on kipot when the blessings were said. But they took them off and closed the drapes during the meal. Paul said the memory of the German occupation still haunts them. They were able to escape and blend into the suburban countryside, but were ever fearful of being informed on to the Gestapo.

Paul, then 82, is a bluff, good-natured family man. He ran a highly successful travel agency called Zenith, which specialized in tours of the Caribbean and Israel. He was quite familiar with New York City and Florida. He was in the military, and served in Algeria.

Mike proposed to Paul and Manuel that they have their DNA tested. That would be the surest way to determine a relationship.

But they were reluctant. Paul thought it was illegal in France. Manuel didn’t see the point. He reasoned we should just declare we are related and let it go at that.

It was a sweet gesture, but it goes against the genealogical grain. 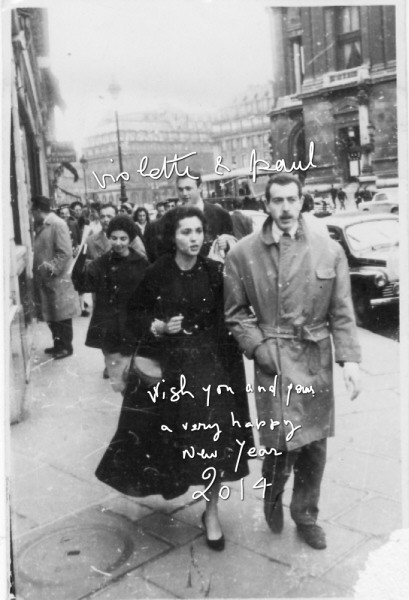 Paul and Violette in Paris, around 1958
The dashing couple walking along Place de l'Opéra. 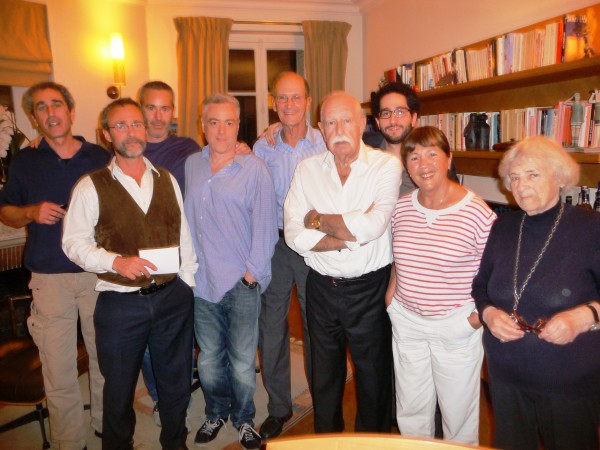 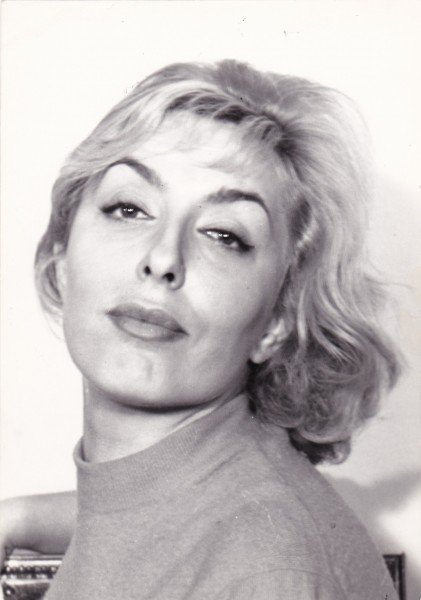 Rita Maidenberg, publicity shot, around 1975. She died in 2018 or 2019.
Using the name Rita Maiden or Meiden, she was a bombshell. Her films show up right away on Google. She is Paul's first cousin. 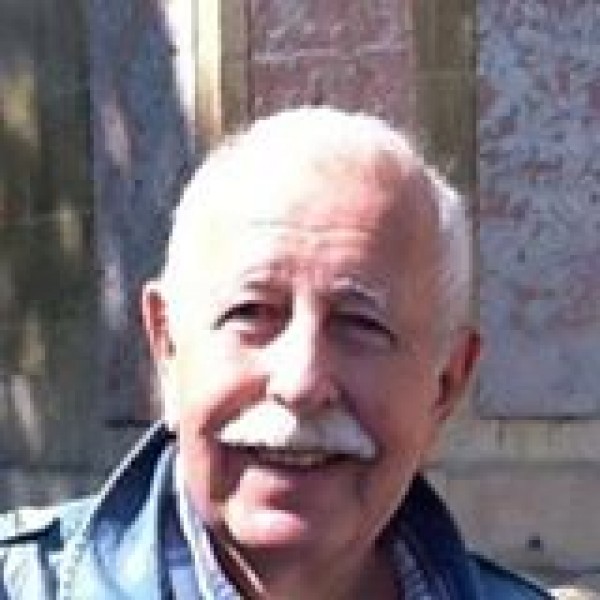